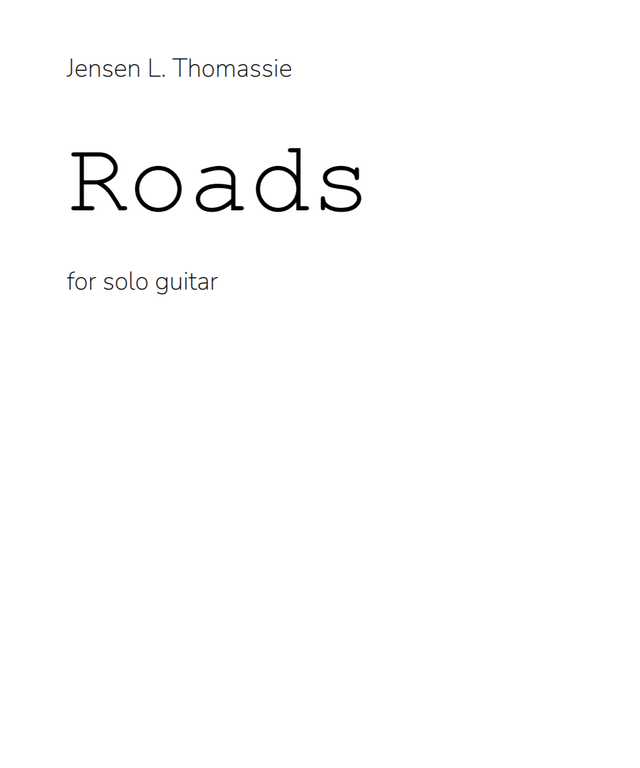 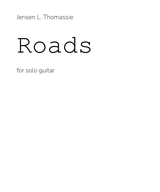 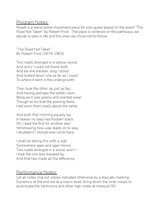 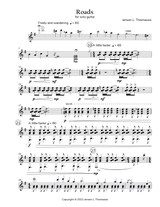 Roads is a stand alone movement piece for solo guitar based on the poem “The Road Not Taken” by Robert Frost. The piece is centered on the pathways we decide to take in life and the ones we chose not to follow.

“The Road Not Taken”

And sorry I could not travel both

And be one traveler, long I stood

And looked down one as far as I could

To where it bent in the undergrowth;

Then took the other, as just as fair,

And having perhaps the better claim,

Because it was grassy and wanted wear;

Though as for that the passing there

Had worn them really about the same,

And both that morning equally lay

In leaves no step had trodden black.

Oh, I kept the first for another day!

Yet knowing how way leads on to way,

I doubted if I should ever come back.

I shall be telling this with a sigh

Two roads diverged in a wood, and I--

I took the one less traveled by,

And that has made all the difference.

-pdf of the score and parts

You will have a access to the download link for 24 hours after purchase. Within that time you may download the product as many times as you need, but after those 24 hours, no more downloads will be allowed As is the case with digital downloads, no refunds are allowed because the download has already happened and there is no returning the product(s).